Today was a little out of the ordinary.  I mean lets be real, my ordinary right now is get up, having coffee, read for a while, watch a little tv, job hunt like a maniac, read a little more, run, maybe go to the beach.  Nothing exciting or strenuous!

Today I actually had in interview!!  AHHHH.  I have no idea if I will get it but it was a pretty awesome clinic.  They have a lot of cool PT toys like an infinity pool and gravity reducing treadmill (NERD ALERT, NERD ALERT)!  I thought it went very well and will have all my fingers and toes crossed for maybe some good news.

After getting home I decided I was going to celebrate National Run Day by rejoining my group at Lululemon!  The whole crew is different from when I left for rotations but it is fun to meet all new people and I am excited to really get back into it and go every week again.

So nice to be home and be able to get some semblance of a routine going again!  Hope you had a great run for the best holiday of the year! 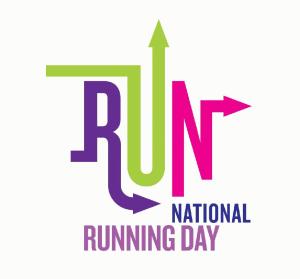 Today started with a run as always, but due to the holiday, I made sure I took some time to actually stop and appreciate it.  I unlike many of my patients have never had to re-learn how to run, not do I rely on any type of device, prosthetic, etc.  Though these are luxuries I am so happy to have, major shout out to anyone who has faced any of these adversities and JUST KEPT RUNNING!!

My running story is pretty similar to many people’s.  I had always been an athlete through high school and played club lacrosse in college.  I took up recreational running to stay in shape in the off season for lacrosse my freshman year.  That year a friend of mine from high school who also went to the same college was struck by a car and killed.  To say everyone was devastated is an understatement. I just felt like I needed to do something, to cope, but it had to be something big.  So I decided on the second anniversary of his death I would run a marathon.  Through training the first time, I thought of him often to get me through the miles and give me strength.  I ran the Richmond Marathon in 2009 in 4:05 getting third in my age group (because I was in the under 20 group, perks of doing that when I was 19).  After that I continued to run but it had been such a struggle training for the first one I wasn’t sure if I wanted to bite that off again.

I ran a few halves, learned how to deal with my anemia and still be a distance runner but was pretty much told that if I didn’t get my anemia under control (my Hemoglobin level was 7.6 g/dL, normal is at least 12) I would not be able to train those distances again.  Hemoglobin carries oxygen to muscles, pretty important when running 20 miles.  I was a pretty severe case and had gotten to the point that I would work, run and then sleep from 7 pm to 8 am and still be tired which was insane.  After some serious diet changes and iron supplementation I was finally able to feel good running again.  I do also know not to donate blood 6 weeks before a race.

During my first year back in PT school I trained for a half and a friend wanted to do her first full so I jumped in, figuring if I told her I would do it with her, I would.  We ran Nashville last spring and I was officially hooked, running Savannah in November and Charleston in January.  I have just started training again for one in PA in September.

And helped me lose 35 pounds (once I finally changed my diet, running alone doesn’t cut it).  I ran my first marathon at 150 pounds at 5’2″, which is an overweight BMI.  It is possible to be overweight and run distance, trust me!!

Running helps me stay sane, get out my energy, keeps me healthy along with so many other things!!  So for that I say to you running, thank you, thank you, THANK YOU!!