Today was a long run day and I had the most delightful 16 mile run I can ever remember  (after hitting the farmers market first of course).  I had been planning to go with a friend so I was waiting until 2 to go with her which I was very skeptical about but she ended up not being able to come so I headed out solo around 1:30 and I feel that I hit the weather jackpot.  It could have been miserably hot, but I seriously have no complaints.  AND nothing on my body hurts even a little bit, I’m not even sore, AT ALL, I can’t believe it!

Anywho, Thursday I got to look into the crystal ball of the next year.  I was assigned to my third clinical allowing me to know the course of the end of my life as a professional student!

This one should be pretty interesting because we see walk in patients who are very acute.  It will be nice to be able to see a patient right as they are injured instead of waiting for them to make it too the doc, get a referral and then finally make it to us.

Hospital of the University of Pennsylvania Good Shepherd

It will be great to be so close to home after being gone so long.  Plus my best friend lives there so it will be great to be in the same city as her after such a long separation!  I will likely head up for Christmas and then hang out until going up to Philadelphia.  However, I am going to freeze my little southern tuchus off back at home in January and February.  I guess I will finally get good use of all the Under Armor I have again.  This clinical will be a great experience with cardiac, stroke, spinal cord injury  (SCI), prosthesis, traumatic brain injury (TBI) and many other patients.  This is an interesting setting to see people after leaving the hospital but very early in their rehab “career”.  This will be a great way to prep me for my grand finale at: 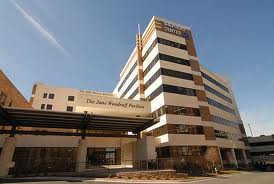 I already had an entire post about this because I was lucky enough to get placed there early.  I am so, so, so excited about this one I can barely stand it!

To say this coming year is going to be a whirlwind is the understatement of the decade.  The move up to Philadelphia shouldn’t be too bad, but I have to get my butt from there to Atlanta in a weekend which I’m sure is going to be less than pleasant!  It will all be worth it and I’m sure it will all fly by.

Before I know it I’ll be walking across that stage, finally becoming a DPT and then the future will be completely unknown once again!!

One thought on “The Future is Known: My Next Year in Pictures”