So the end of exams has finally come and I have gone out with a bang!!  I AM AN OFFICIALLY CERTIFIED STRENGTH AND CONDITIONING SPECIALIST! 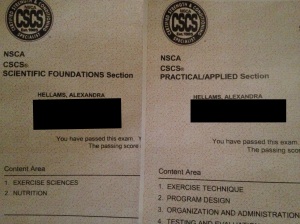 I slept terribly, I have no idea why I was so nervous for this one.  Maybe because it cost me so much money to take but I haven’t been truly nervous for an exam in a while.  I woke up at 6:39, 6 minutes before my alarm was to go off and got my Peanut Butter and Banana Overnight oats ready.  I devoured those, wrapped up the other half of my banana, let the pup out and then hit the road.  I dropped by Starbucks for a plain blonde roast coffee and drove the hour and a half to Georgetown, SC.  After that miserable drive (there is literally nothing between Charleston and Georgetown I was ready to out of my car and get this thing going.

The first section was the Exercise Science and Nutrition, 90 questions and an hour and a half.  I took almost the whole time, took a 10 minute break and then headed back for the practical portion.  This part was supposed to be 2 and a half hours but it only ended up taking about an hour and a half.  After 3 hours of testing, the next 5 minutes were excruciating waiting for my scores to print.

After a fantastic ending to the exam week, the drive back flew by.  I stopped by Starbucks again (I have a problem) because I had a free drink reward I had been saving for just this celebration. 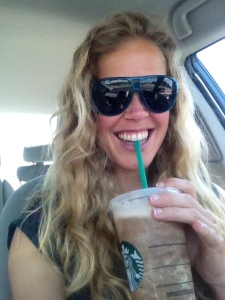 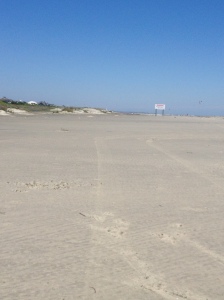 …but it was super windy so I only stayed for like 20 minutes and came home and laid in bed for a while.  Hopefully later in the week I will have better luck.

When Casey got home from work, we took a nice short 3 mile run with the pupster.  I was supposed to do hills training today but I am shifting some things around and using the second 5k in the series this Thursday for my interval training and will switch those next week for my hills this week.

Now, I am exhausted now from terrible sleep and getting up early but I can officially say I am a